[Matt] We have been radio silent for a couple of weeks because Kelley moved to Ghana about two weeks ago and will be away for 3 months (insert sad emoji)… and then I was in Turkey for a long weekend trip visiting our friends Elizabeth and Evan, which will be detailed in a future post. As a result it is just Josh and I living the bachelor life and trying to figure out how to take care of Frank… Over the next few weeks I will be catching up on the blog with the trips we took in March and Kelley will tell you more about her time in Ghana – enjoy!

Okay back to Kelley speaking…

I’m testing out a new blogging location this week…..I think it’s a winner so far! The weather has been on fleek this week in Tel aviv – blue skies and high 70s – so we decided to stick around and learn a little more about the beautiful city! 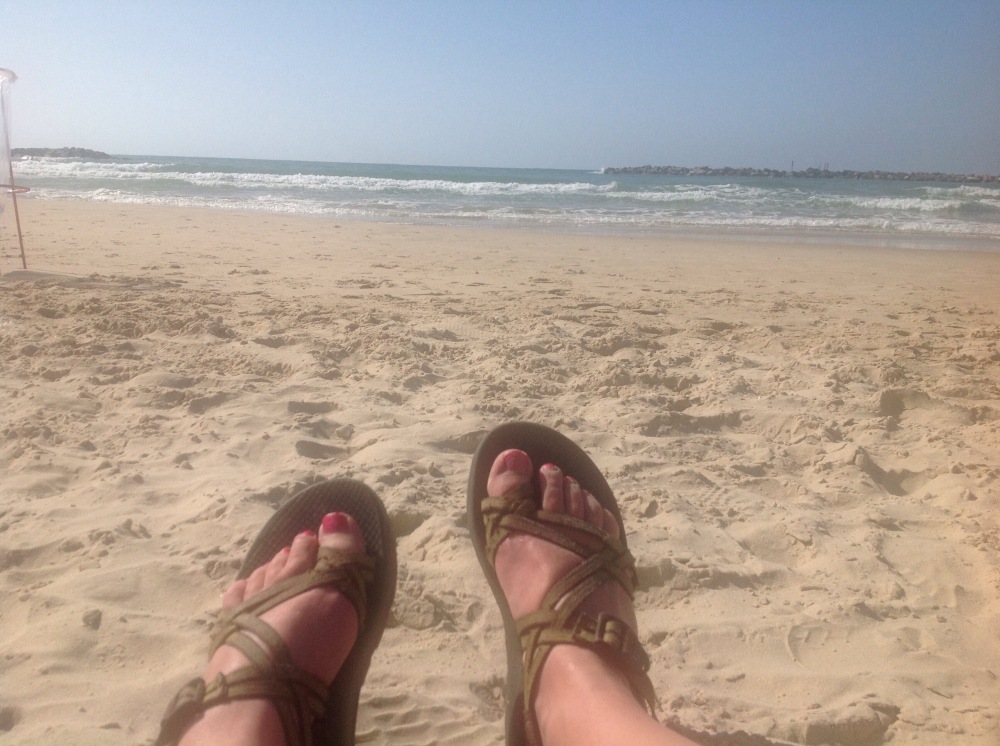 For starters, I know you may not guess from looking at us…..but Matt and I aren’t the hippest kids on the block.  Yup, there ya have it, secrets out!  Just kidding…that is not a secret and shouldn’t come as a surprise to anyone reading.  If the lack of fashion sense, “playlist” of podcasts, or Facebook page for our cat didn’t tip you off earlier…well this should seal the deal.

A few weekends ago (yes, I’m falling terribly behind!) Matt and I spent the weekend enjoying free walking tours around Tel Aviv!  When we lived in the bay area, we loved the San Fransisco Library’s free walking tours and I was over-joyed to learn they existed, on a slightly smaller scale, in Tel Aviv too!  I think local walking tours provide a great opportunity to explore a city – especially one you live in because you learn about the buildings and history surrounding you on a daily basis.

To start off our weekend of walking tours, we walked down to a really cute shopping square near our apartment called Sarona. We’ve been admiring this square from the car on our way out of town and meaning to check it out for a few weeks now.  Sarona, as it turns out, holds a tremendous amount of history and was just recently renovated into a trendy hangout for 30 somethings with there adorable babies….seriously…. Sooooo many babies 🙈.

Sarona originally served as an early German Templar colony in the late 1800-early 1900s before Tel Aviv even existed.  They brought all their own building materials from Germany, so the buildings do not resemble anything else in Tel Aviv.  The settlers used the materials and architecture styles of Europe….where the weather and tempurtures are pretty much NOTHING like the desert!  So their buildings lacked the efficiency to function like they did at home but they made the most of it – instead of using the basement for food storage, it was somewhere to drink alone…humph.  They also brought the first engine-run olive press from Italy and revolutionized the olive oil industry in the area.  Up until recently, most of the area was used by the military (who’s headquarters is across the street now) until the government decided to revamp it, refurbish the buildings, and make it a dedicated outdoor communal area.  While we were there, there were bands playing and the bierhaus was bustling (remember the German roots). 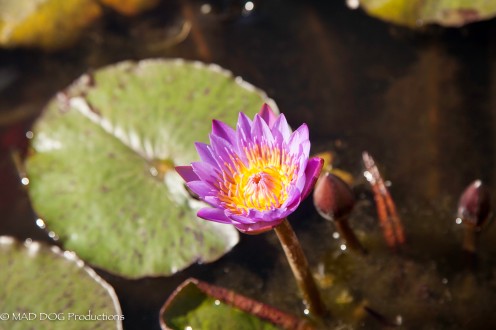 On our tour we also learned about the early days of wine production and Germans trying to understand Kosher food production….in short, they hired a rabbi so they could sell “Kosher Pork“…..good luck with that.  After the tour, we explored the fancy food market, oozing with foodies and trendy fair.  The sights, sounds, and smells were a little overwhelming BUT we did find something VERY special down there…BACON!  Considering pork products are not Kosher…bacon is very hard to find, but we did it and enjoyed some delicious pasta carbonara a few days later.

Before leaving Sarona, we made a stop at the bierhaus to enjoy some beers, bratwurst, and Israeli bands covering classic rock…good times.  We continued our afternoon with a stroll to the beach…read our books…and relaxed. 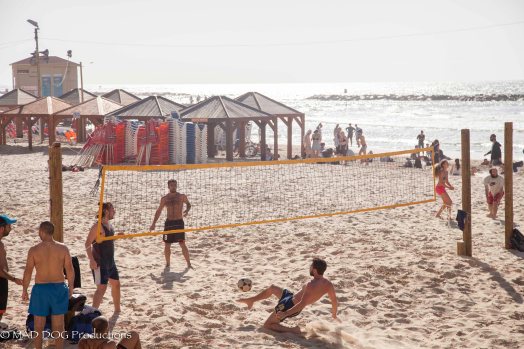 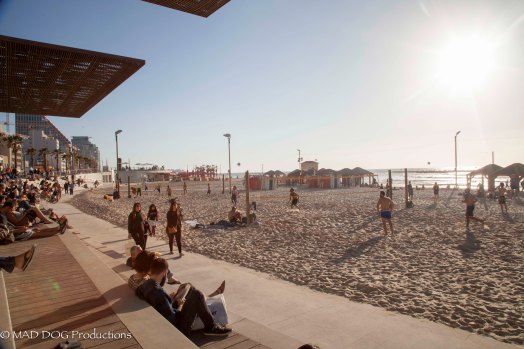 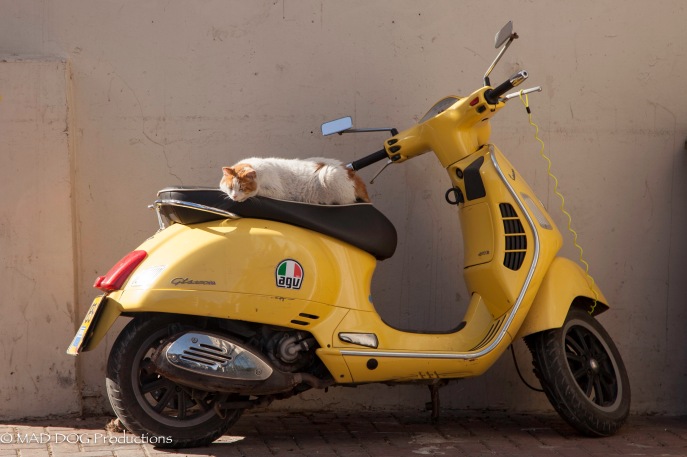 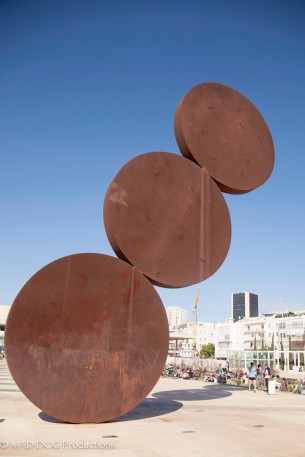 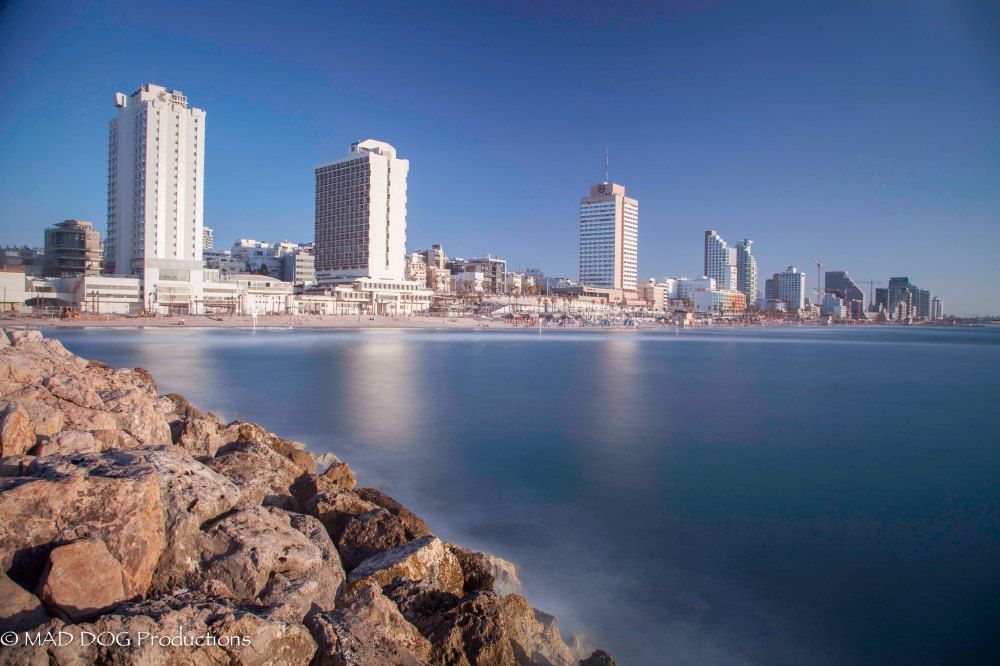 Day 2 of “walking tour weekend” delighted us with an architecture tour in the area where the current city of Tel Aviv first started.  The modern-day Tel Aviv, did not exist until the early 1900s despite the long-lived and vibrant history of its neighboring port-city of Jaffa.  Tel Aviv started as a neighborhood outside of Jaffa by Jewish settlers and grew quickly with the influx of Jewish refugees from Europe.  It was just a bunch of sand dunes next to Jaffa…

We learned about the different architectural styles used while building the rapidly growing city and how the area became known as the “White City“.  As Tel Aviv continues to grow and attract international business (…hence the whole reason we are here) many investors want to build giant offices and hotel buildings in Tel Aviv.  To help preserve the history of the city, new builders are required to completely renovate an old building in addition to their fancy new high-rise.  This has allowed many old buildings to be protected from demolition and preserved for many years to come. 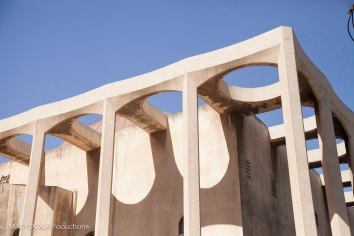 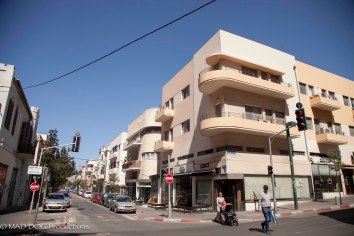 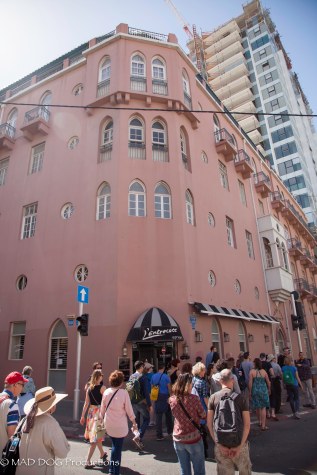 [Matt: One particular building of note was the nondescript building where Israel declared their independence on May 14, 1948… and then the war for independence started.] 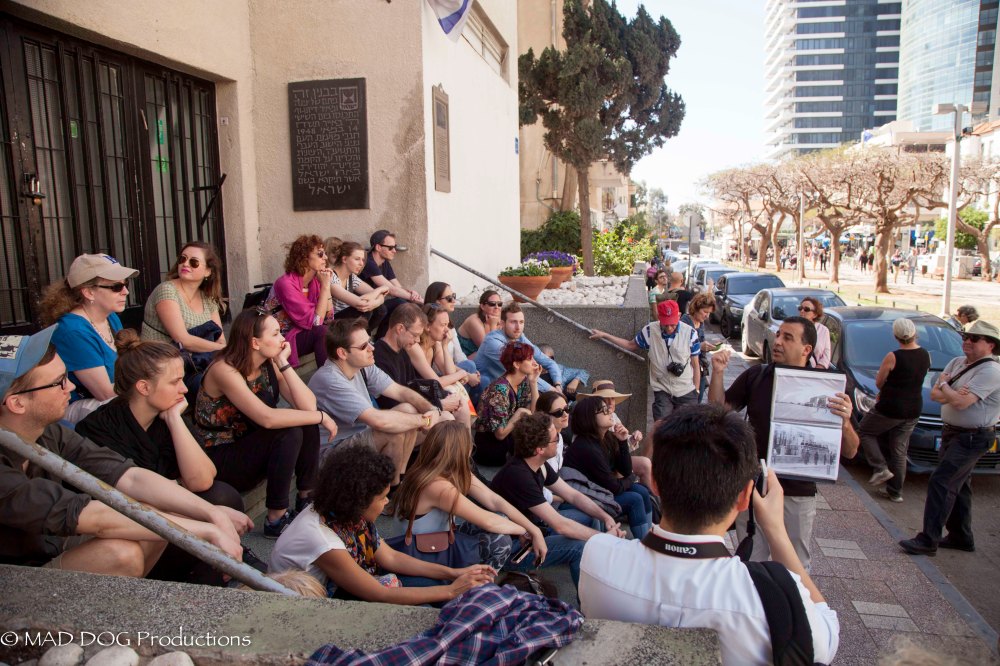 After our walking tour, we headed a little further South down to Jaffa. I took a walking tour here a few weeks ago and delighted Matt with his own personal tour guide….who could only remember questionably correct bits and pieces of unconnected history about a very small number of historical sites in the city….and so I learned I have no future as a tour guide. 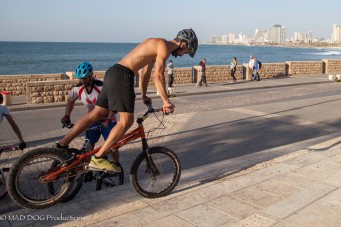 Confesion: I completely failed at writing this blog at the beach…..so if I fail to keep up on posts….you’ll know where I’m spending my time…..