Last weekend Josh and I ventured out for our first overnight trip to the Dead Sea. It seems like it should be far away but in reality it is only a 2 hour drive from our apartment, which seems to be the case for most things in Israel. As a result we had an alpine start, leaving our apartment around 10 a.m. on Friday and got to our first objective around noon – Ein Gedi.

Ein (or En apparently) Gedi is an amazingly unexpected place along the west shore of the Dead Sea but let’s take a step back for a second… the drive to get to this point is amazing for a number of reasons but the most mine boggling one  (to me) is that as you drive from Tel Aviv you reach an altitude of 2,474 feet in Jerusalem. From Jerusalem you drop down into the Dead Sea basin to 1,388 below sea level. This is a good illustration I found on-line:

Okay back to Ein Gedi… Ein Gedi is a delightful respite as you travel through this barren land with its beautiful waterfalls, swimming holes and cool slot canyon – a Garden of Eden of sorts in the desert. Besides its natural beauty, it also has archaeological remains dating back over 5,000 years. David actually fled here to escape King Saul in 1000 BCE.

To protect the area the Israeli government created a Nature Reserve and National Park in 1971 to protect it in perpetuity and as a consequence they charge you 50 shekels to get in, which is well worth it especially if you have a whole day to spend there. Okay, so Josh and I arrived around noon and began our trek up the canyon where were delighted to find this:

This is David’s Fall and above the falls on the left there was a really cool looking (inaccessible) cave/alcove. Above David’s Fall is Dodim’s cave and a really nice swimming hole, which you can see below.

This was quite a lovely place and to the left of the picture is Dodim’s Cave where David hid from King Saul. Looking out from this point you are greeted with a magnificent view of the Dead Sea.

Hiking up canyon from here you pass some temple ruins, Byzantine irrigation system fro 550 CE, and other various things of archeological significance but make for some boring photographs. As we got closer to the rim of the canyon were were greeted by this amazing polished limestone slot canyon. I felt transported back to the canyons of the Zion or the Grand Canyon, which made me feel right at home. 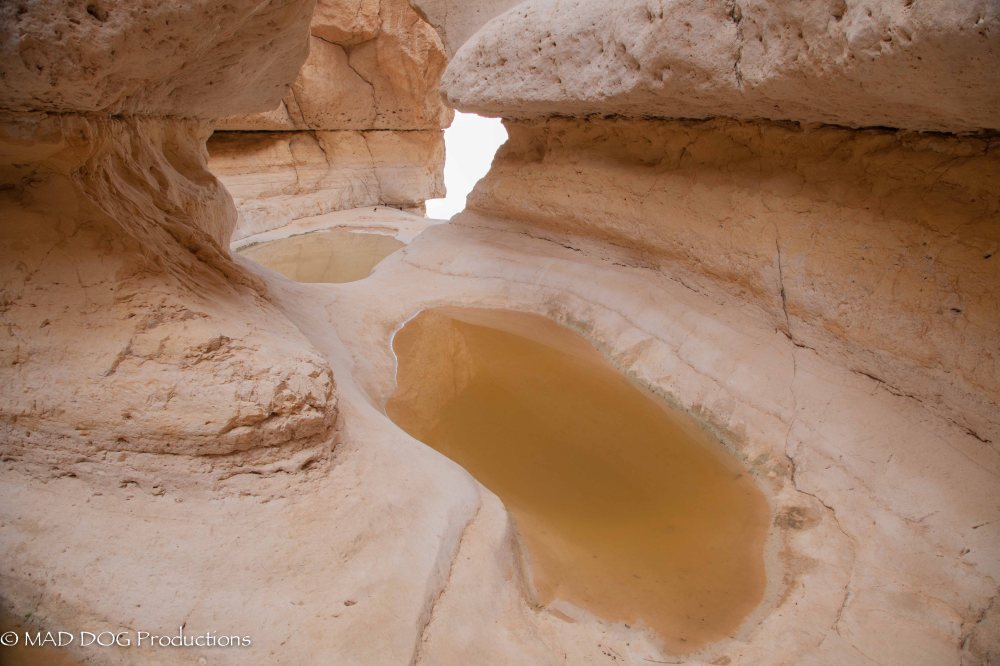 Once we got done exploring the slot canyon we had to hurry down because the gates closed at 4 pm and they were very serious about it! When we got down to the main falls they escorted us out, kind of silly! We were going to camp in some Bedouin tents in Kfar Hanokdim on Friday night but we realized that it was over an hour away from Masada (Our objective for Saturday), so after calling/going to a bunch of different hostels and driving through the tourist trap that is Ein Bokek (see image below, kinda feels like Vegas/Palm Springs… although they do have McFlurries… yes we got one… okay I confess… and we got some fries too) we ended up at Gil’s Guest House in Neve Zohar, where Josh and I cuddled in a queenish sized bed.

On Sunday morning we woke up around 4:45 am to drive to Masada and start our sunrise hike to the top. This is kind of a right of passage in Israeli culture and based on what we read everyone with serves in the military takes their oath on top. So what is Masada… In a nut shell, Masada was built by the Roman emperor Herod the Great as a winter palace 1,300 feet above the valley below. The plateau is detached on all sides and is extremely steep, basically the perfect fortress. And oh what a view he had:

But according to the ancient historian Josephus (with my modern touch) the Jews said, “I don’t like you!” and overthrew the Romans and said go back to where you came from.

Well the Romans left and then came back (about 7 years later) with their peeps and lay siege to the fortress. You can actually see the walls the Romans built in the picture above. At some point the Romans started using Jewish slaves to build a giant siege tower and ramp to breach the walls. The Jews in Masada were like WTF and chose not to kill their fellow Jews even though it meant the Romans would eventually enter the fortress. When the Romans finally breached the walls they discovered that 960 of the inhabitants had set all of the food storerooms on fire and committed a mass suicide because the thinking goes the would rather die than be Roman slaves. Alas there are significant discrepancies between archaeological findings and what has been written. As I mentioned all of the Israeli military give an oath on Masada pledging to never let Masada fall again! Okay back to some pictures:

Some beautiful mosaic floors in the Roman baths. I got to give it to the Romans they do have some good taste in baths. Although Josh described a Turkish bath and it sounds incredible.

One of many huge cisterns. 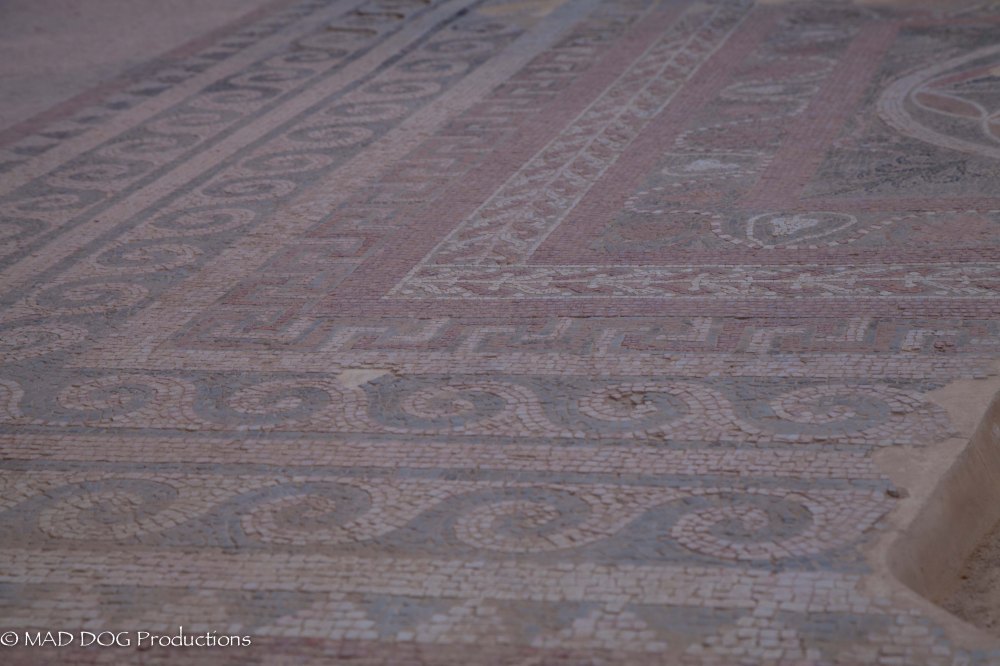 Hiking down the Snake Path…

Okay after Masada we began our journey home but we first made a stop to “swim” in the Dead Sea. For the uninitiated, you cannot really swim in the Dead Sea as it is 34.2% salinity. I was surprised to find out it is not the saltiest body of water (that goes to a some lakes in Antarctica – who knew) but it the deepest at 997 feet deep. They say nothing lives in the Dead Sea but the place give me the ebejeebies and I am convinced there is a monster in there like the kraken, lock ness monster, basilisk (Harry Potter shout out) or some other monstrous creature. Anyways, swimming it the Dead Sea is an odd experience because you float no matter what. Both Josh and I sink in normal bodies of water but not so in the Dead Sea… even if I grab a 40-50 lb stone and try to sink myself it does not work. I just pop to the surface. Also if you have any cuts or get water in your eye you will be slowly tortured. 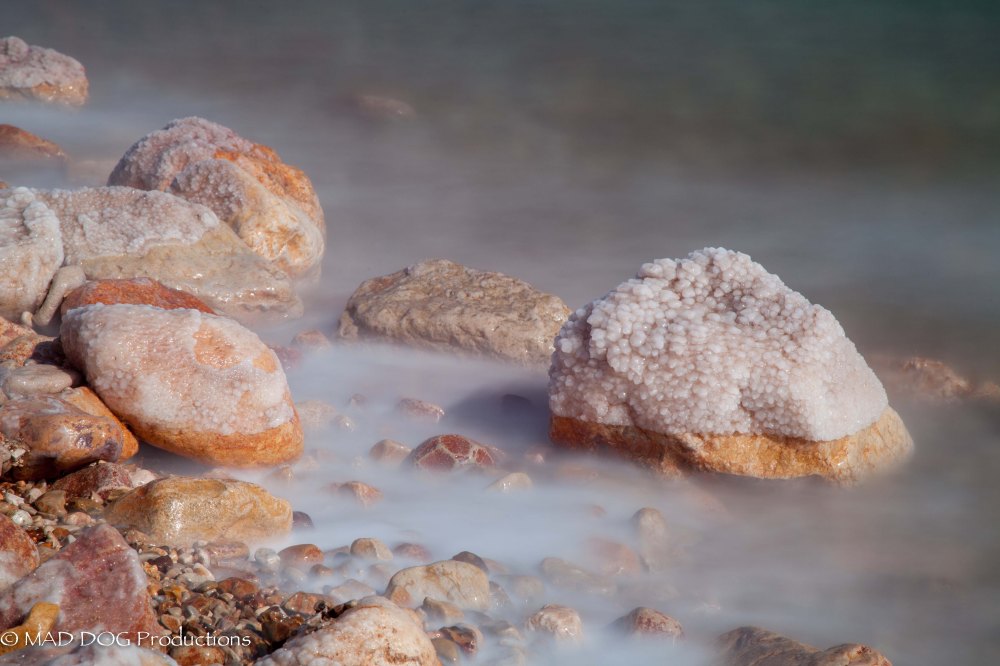 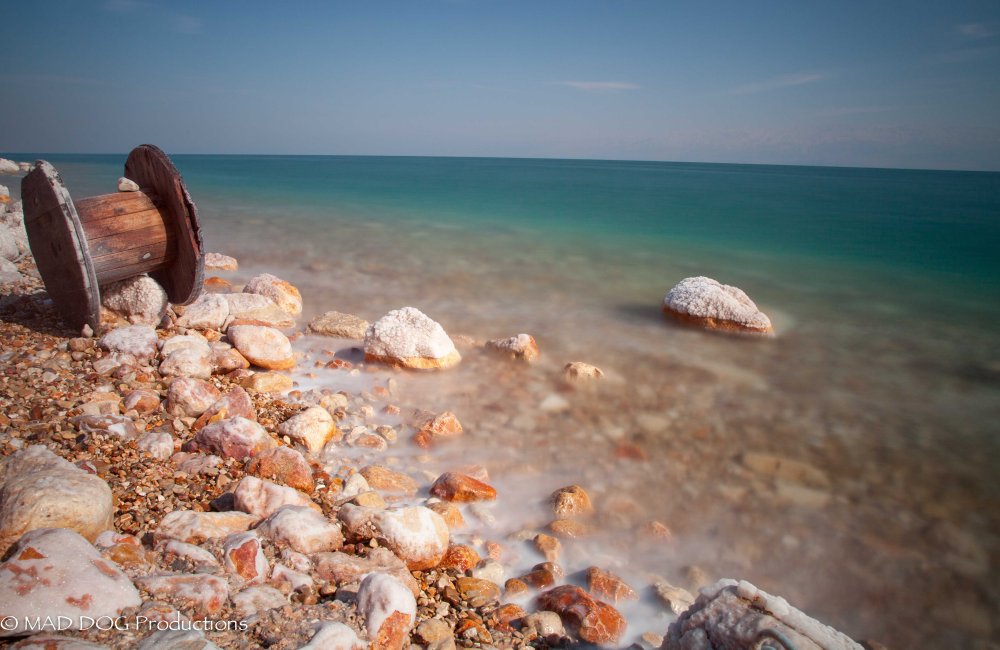 Overall it was a fantastic weekend and there are so many cool places to explore in this tiny country not to mention Jordan across the water. Happy travels!